The SLO-10 is a radio frequency controller that can be used with all LC series receivers.

The signal range with no obstructions is approximately 30 meters. SLO-10 can be attached to almost any surface using the supplied screws or two-sided tape. LC series controllers, such as SLO-10, are using device addresses that are unique from each controller.

The number of device addresses is therefore not limited. The power consumption of controller is small. The batteries will last typically for years. 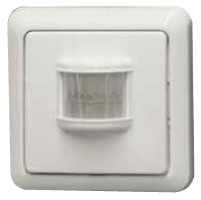 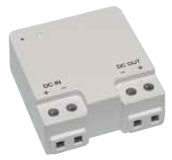 The UHO-1224 is dimmer for 12-24 VDC LED lights. The lamp can be switched on, turned off and dimmed with SLO10 remote switch.

UHO-1224 is installed between 12-24 VDC voltage supply and the LED luminaire. 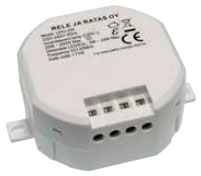 The UHO-200 is a dimmer unit that is installed between the supply voltage and the luminaire or TRIAC dimmable driver. The light can be switch on/off and dimmed with SLO10 remote switch.

UKO-1000S is a receiver that is connected between the supply voltage and the luminaire or driver. The light can be switched on and off with SLO10 remote switch. 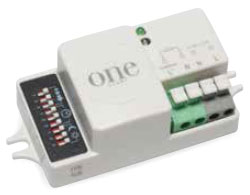 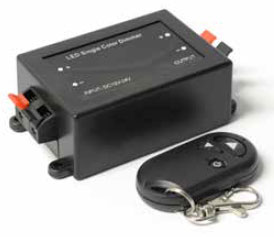 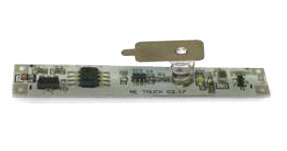 LEDIFY profile switch works inside the aluminum profile as a switch/dimmer. The switch works by touching the profiles diffusor cover where the switch is installed. Operating voltage 12/24 V. Max. 60/72 W.

LEDIFY Magic Sensor is a switch/dimmer that is mounted behind wooden cabinets or wall panels. The device is working by touching the other side of the surface where the sensor is mounted. The thickness of the surface should be between 10 and 30mm in order for the sensor to work correctly.

TheMagic Sensor has a maximum load of 60W or 5A and it works with 12V voltage.

Do you want to know more?

Get in touch »
This site uses cookies. Find out more.